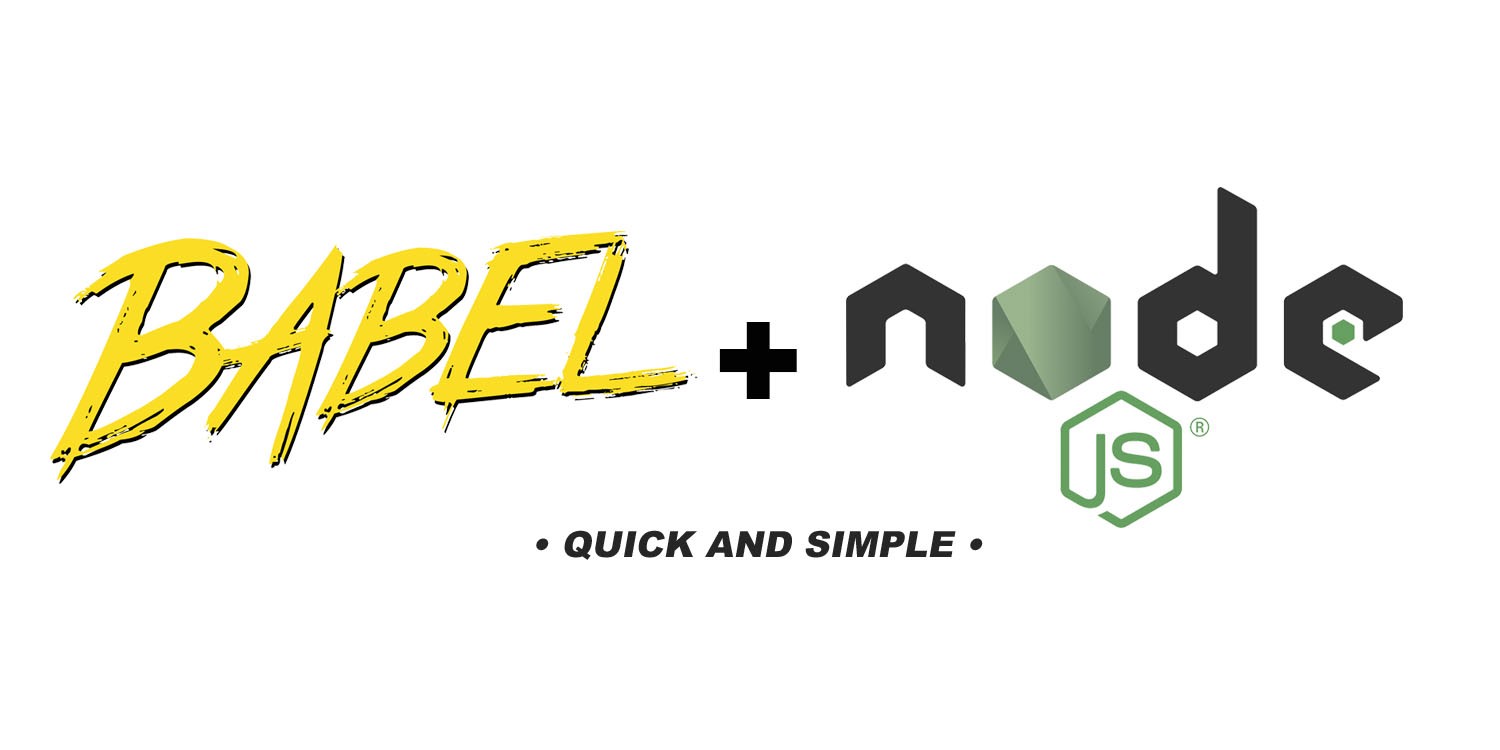 So you want to use the new babel 7 with node? Our goal here will be to set up a minimal node application that is able to run locally and has a build command for remote deployment. Lets get started!

There are a couple of differences with the babel you might be familiar with and v7.

Ok so we have the most important things down. You can optionally read more about the changes on babels website but here is what we need to do next: Setting up the application structure

We’ll keep it as simple as possible:

First you want to run npm init to create a package.json file inside the directory and depending on if you are using Git you might want to run git init

We’ll set up two directories, one to develop in and one to deploy our compiled assets.

For this example we’ll add just a simple file inside the src directory called server.js

We’ll need to add some babel packages to our project with npm install --save-dev @babel/core @babel/cli @babel/preset-env @babel/node. These respectively take care of babels general working, the usage of babel in the command line, the ability to use the newest JS features and the usage of babel with node.

For easy development we’ll also add the nodemon package using npm install --save-dev nodemon which reloads node for us automatically when one of our files is changed.

Finally we just need to tell babel to use the @babel/preset-env package by creating a .babelrc file in our project root:

Now for the final step we’ll add our commands to the package.json file.

Your package.json should now probably look something like this: